The particularities of the American iGaming Law

Gambling in the United States is legally restricted, though its popularity is increasing.

The American Gaming Association, states that gaming in the U.S. is a $240 billion industry, employing 1.7 million people in 40 states. In 2018, gaming taxes contributed $9.85 billion in state and local tax revenues

iGaming laws are important not only for those involved with gaming operations in the new live casinos, but also for the players who want to know whether they can legally start a betting pool, have an idea for a new business model involving a game of chance, or if they can legally participate in the live casino games.

iGaming laws in the US are heavily influenced by the history of gambling itself. Games of chance first came to the American colonies with the first colonizers. Attitudes on gambling varied from community to community, but there were no large-scale restrictions on the practice. 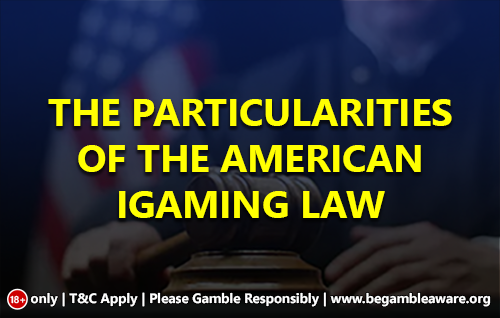 This Act prohibits gambling businesses from knowingly accepting payments in connection with the participation of another player in a bet that involves the use of the Internet and that is unlawful under any federal or state law. The Act promulgate regulations requiring certain participants in payment systems that could be used for unlawful Internet gambling to have policies and procedures reasonably designed to identify and block the processing of restricted transactions In new live casinos, these regulations are independent of any other regulatory framework, such as the consumer protection regulations.

The iGaming law classifies five payment systems that can be used for restricted transactions in the live casino games: card systems, ACH systems, wire transfer systems, money transmitting businesses and check collection systems. Participants in a designated payment system are exempt unless they have direct relationships with commercial customers. In addition, the rule covers only U.S. offices of payment system participants.

The Black Friday: Death of the Poker boom or the beginning of a new era?

Black Friday is a term given to the events of April 15 2011, by the Poker community. The United States Department of Justice issued an accusation against the three largest online Poker websites in the United States: Full Tilt Poker, PokerStars and Absolute Poker.

The account balances on these iGaming platforms were frozen and the domain names of these popular casinos were seized by the Federal Bureau of Investigation (FBI).

In the wake of Black Friday, several iGaming platforms made a quick getaway from the American market entirely. The American demand for the iGaming industry continued persistently, even as the supply side dried up. This left a proverbial vacuum in the live casino games.

The Interstate Wire Act of 1961, often called the Federal Wire Act, prohibits the operation of certain types of betting businesses in the popular casino in U.S. The Wire Act exempts from liability any transmission of information assisting in the placing of wagers on a sporting event or contest from a state or foreign country where betting on that sporting event or contest is legal.

The U.S Department of Justice released a formal legal opinion to the public on September 2011. It concluded that the transmission of wire communications that are not related to a sporting event or contest, fall outside the reach of the wire act. A new Department of Justice opinion dated November 2, 2018, declared that the Wire Act’s prohibitions are not uniformly limited to gambling on sporting events or contests.

The Act was enacted as part of the Organized Crime Control Act of 1970. The statute (18 U.S.C. §1955) was aimed at syndicated gambling, which are large-scale illegal gambling operations that were thought to be financing organized crime. An illegal gambling business conducting its activities through the Internet in the new live casinos would seem to come within the reach of Illegal Gambling Business Act (IGBA).

Violations of section 1955 are punishable by imprisonment for over five years and/or fine of not more than twice the gain or loss associated with the offence or $250,000.

Finding the best and safest online casinos and Poker rooms that offer games to the U.S. market is more challenging. If the market in the U.S is legalized by the iGaming laws, it could provide a legal structure to ensure fair play to the players.

Until that happens, you can visit casinos.live that offer its players with an impressive collection of popular live casino table games with live casino bonus.